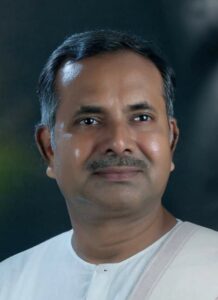 The All India Organization for Human Rights Awareness and Protection (AIOHRAP), as an organization is working to promote the ‘Human Rights Consciousness’ as well as aims to protect the Human Rights of people. The organization has started activities in different districts of West Bengal. AIOHRAP is a Non-Government and Non-Profitable organization working to bring smile to those faces whose rights are either denied or violated.

The entire world in general and the third world countries in particular has witnessed gross violation of Human Rights in multiple forms. Terrorism, political killing, communal rights, war altogether is followed by unfortunate death, injury and blood-shed. Some socio-religious customs and practices as well as abuse of conventional rights codified in some parts of religious texts (or printed texts) or their misinterpretation often have also caused human rights violated.

In such a global context, AIOHRAP has taken up three major strategies, like –

Though the movement of AIOHRAP in West Bengal is yet to achieve the level of expectation, it has put remarkable effort in some districts. Our AIOHRAP colleagues have paid their best endeavor in fulfilling the vision and mission of AIOHRAP by way of protecting the human rights. In consultation with State Level Secretary, the members have been arranging some awareness camp in different districts since 2011. We aspire to involve the students more in number who will become the torch bearer of our mission in future.

The AIOHRAP team is committed to the oath of protecting human rights by considering the issues of violation starting from micro-level to national level, depending on the degree of violation. The human rights movement needs technical, constitutional, administrative and judicial approach in order to reach its expected destination and in true sense it is a continuous movement. It is a chain process for which we have to go for untiring struggle. Justice, transparency, faithfulness and dedication are the four pillars on which AIOHRAP desires to stand.

I am confident that our joint effort will walk in the right path and in right direction to achieve success. I would like to invite the young generation to come forward with human rights awareness in order to save humanity from a polluted social and psychological reality.

I finally, extend my note of gesture to all brothers and sisters including Himadri Sekhar Roy whose hard work and uncompromising struggle brought about smile to many distressed faces. I feel proud to be a part of the AIOHRAP’s noble movement.

Whereas recognition of the inherent dignity and of the equal and inalienable rights of all members of the human family is the foundation of freedom, justice and peace in the world, ... READ MORE

Freedom of expression on the internet is limited in countries such China, Cuba, Saudi Arabia and Zimbabwe. In many RNW target countries, the position of minorities is under pressure and there is no equality for women.